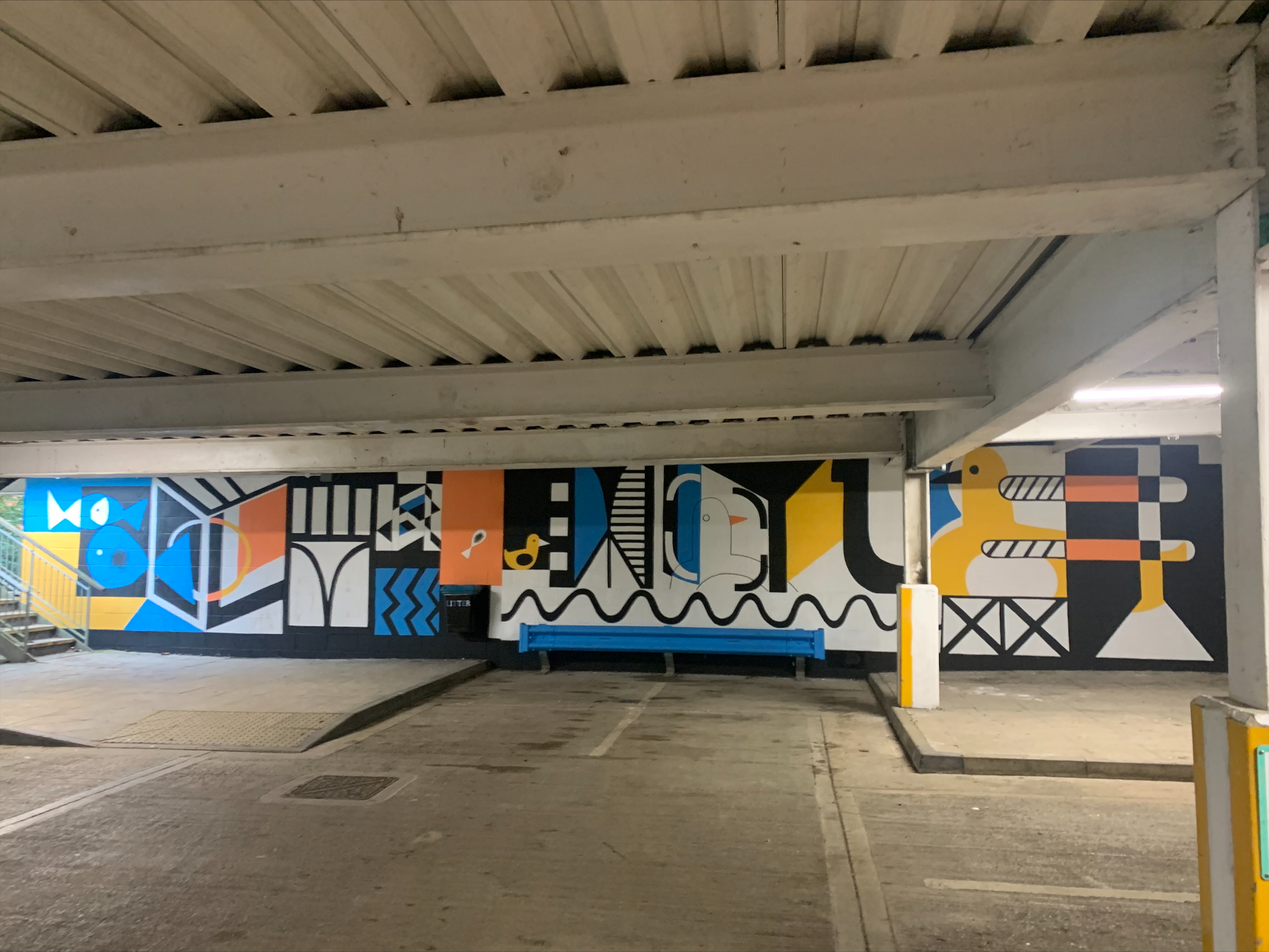 A graffiti-strewn car park in Wantage has been transformed into a colourful modern mural thanks to a local youth group and Vale of White Horse District Council.

The Undercroft car park in Mill Street, which is owned by the council, had become an eyesore after being covered in graffiti.  In October last year year the council’s car park team decided to revamp the area with the help of local youth group, The Sweatbox, and two local artists – Nor and Lisa.

The artists set up two workshops at The Sweatbox with around 12 local young people attending. Together they came up with ideas for the designs which the artists then translated onto the wall of the car park.

One of the artists, Nor, said: “It was wonderful meeting and speaking with the young people and local youth workers through this project. The Sweatbox group absolutely inspired us with their ingenuity and inventiveness, and shared with us many of their shared jokes, symbols and even dance moves!

“We had such fun incorporating these into the mural. We also had great feedback from lots of other young people who stopped by to watch our progress and take selfies with the artwork. I hope we can build in this great collaboration in future projects.”

Cllr Sally Povolotsky, Vale of White Horse Cabinet member for climate emergency and environment said: “This is a fantastic project which has transformed an area from somewhere ugly to a place where people want to take selfies and it’s thanks to everyone coming together – the young people, the artists and the car park team, to make it happen.

“I hope that the project itself as well as the art it has created will inspire people across the local area, whatever their age.”

Cllr Andy Crawford, one of the district ward councillors for Wantage, said: “The new mural is a positive addition to the town’s existing attractions, and a great welcome for visitors to Wantage.”

The Sweatbox is an open access community youth centre based in Wantage, supporting young people aged 11-19.