You are here: Latest news / A glittering future for waste collections? 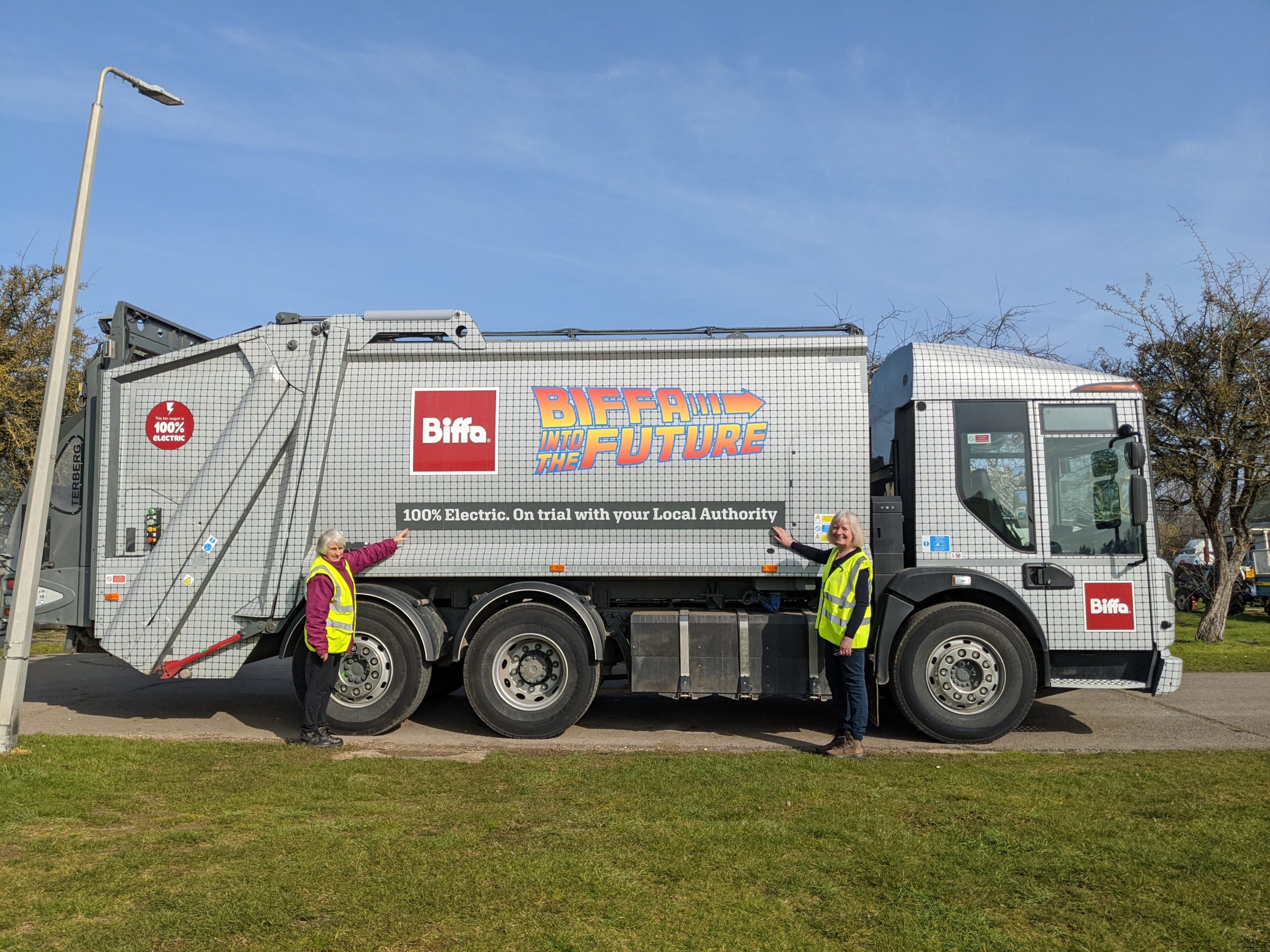 A glittering future for waste collections?

Waste crews in South Oxfordshire and Vale of White Horse will use an electric waste truck for the first time over the next few weeks.

The refuse truck (nicknamed ‘Glitterball’) will be used during a four-week trial in the districts to see if an EV is a feasible option for South Oxfordshire and Vale of White Horse district councils in the future.

The councils are looking at a number of ways to reduce carbon emissions as part of their commitments to reach net zero in their own operations as well as in the district as a whole.

They requested a trial of an EV from their waste contractor, Biffa. The waste team will now closely monitor its use to see how it copes with the longer distances travelling around the rural areas as well as in the more densely populated towns, which make up both districts.

Cllr Catherine Webber, Vale of White Horse District Council Cabinet Member for the Environment and Climate Emergency, said: “The electric waste vehicle will be put through its paces over the next four weeks with a variety of routes to see if it could be a viable option. The information gained from this trial will inform any future plans that the councils make regarding waste collections.”

Cllr Sue Cooper, South Oxfordshire District Council Cabinet member for Environment, Climate Change and Nature Recovery, said: “Looking forward, residents need a collection service that is reliable and effective. It is also vital that we reduce our carbon emissions and this could be one way to achieve that.”

The model being trialled by the councils is an e-One electric vehicle.

It is powered by lithium iron phosphate (LFP) batteries, which produce up to 280kw of power and a top speed of 56mph.

The manufacturers claim it generates savings of around £91 a day when compared with standard diesel vehicles.