You are here: Latest news / Abingdon student scoots off with first prize in our Air Quality competition 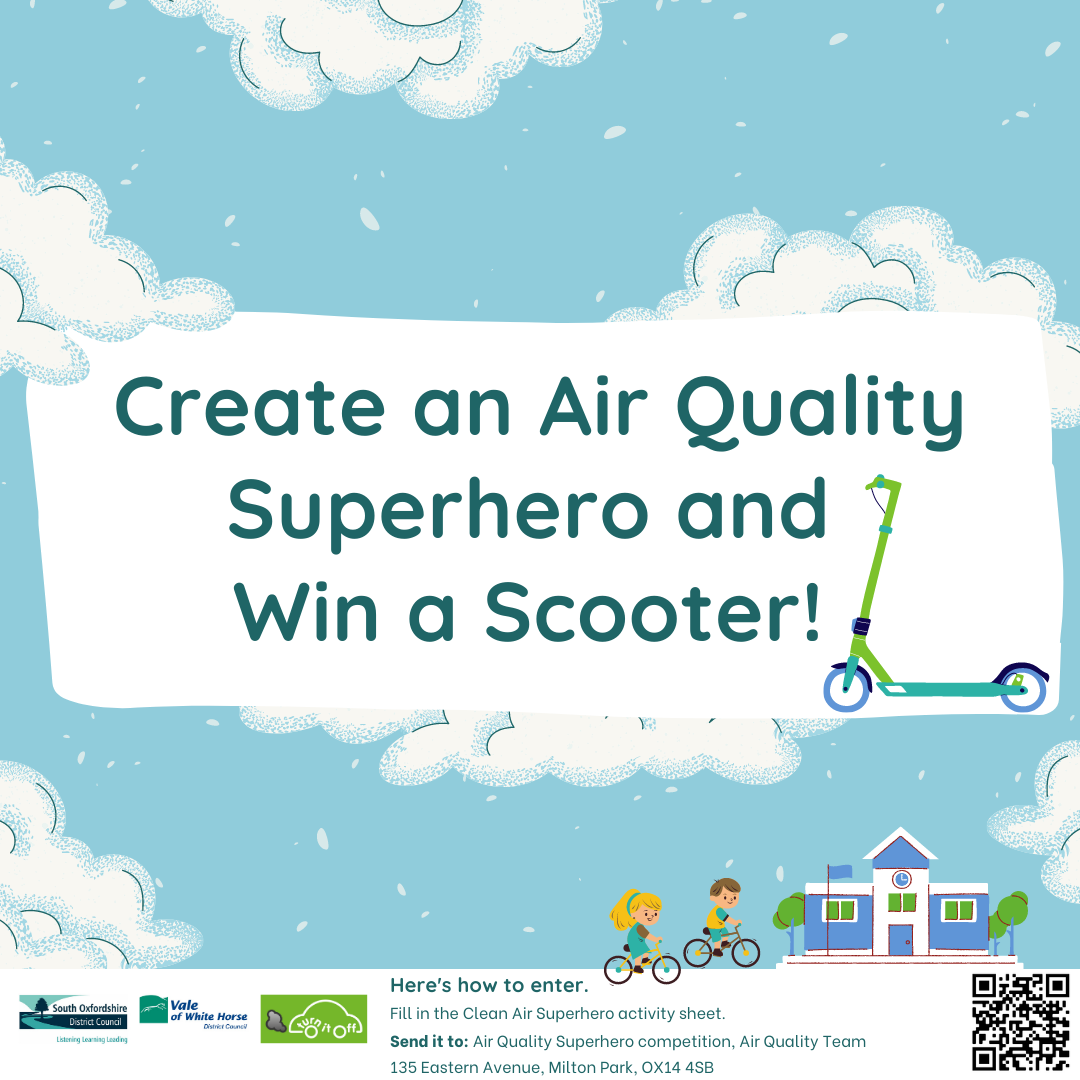 One year six student in Abingdon will have a new way of getting into school thanks to a competition to highlight the issue of air quality, which was run by Vale of White Horse District Council earlier this term.

Children were challenged to create superheroes to combat air pollution. The councils were looking for heroes who could easily get about without using a car and also have powers to help make our air cleaner and clearer.

According to Harry, Swift “can fly high and get litter in the sky and can blow away air pollution with his turbo shoes. His superhero’s powers help to fight against air pollution and also prevent animals from choking on litter.”

Last week he received his prize from Cllr Catherine Webber, Vale of White Horse cabinet member for Climate Emergency and the Environment.

Cllr Webber said: “Air quality is not only an important health issue to us individually, but it is also essential to our environment. The competition showed many children taking an interest and thinking creatively of ways we can improve our environment.

“When speaking to some of the children at the school, it was clear they knew about air pollution and understood the changes that could be made to improve our air quality, like not wasting fuel and putting unnecessary pollution in our air by turning off car engines if vehicles are stopped for a minute or more. It was good to see this message getting through, especially as the Vale has been conducting an anti-idling campaign for some time now .”