You are here: Latest news / Man ordered to pay more than £2,700 after a fly tip in Shrivenham 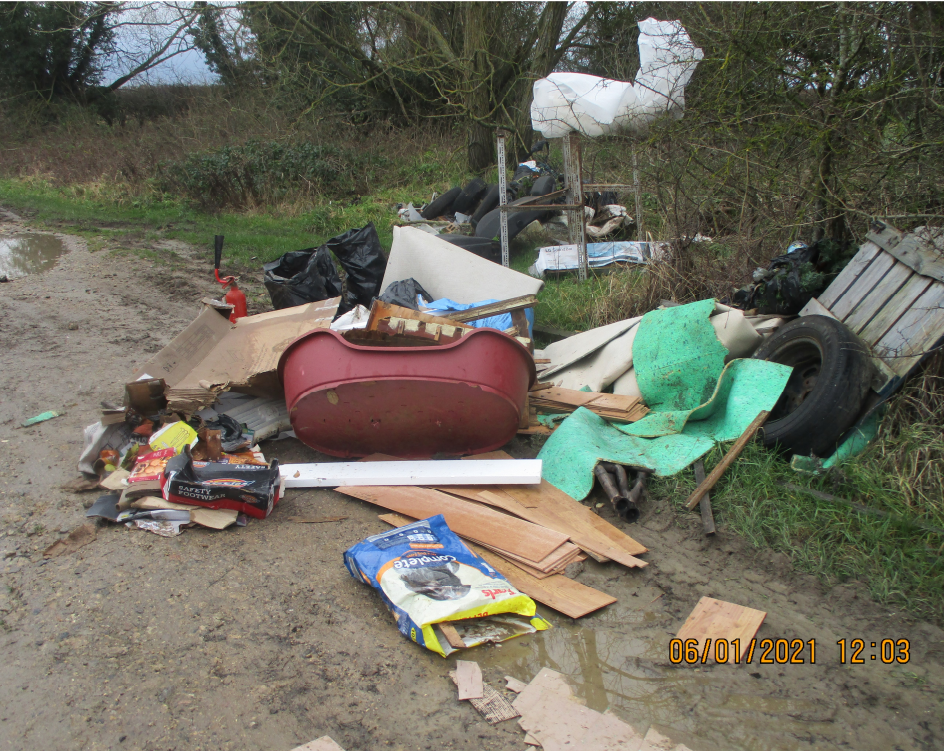 Man ordered to pay more than £2,700 after a fly tip in Shrivenham

Following a successful prosecution by Vale of White Horse District Council, a man from Shrivenham was ordered to pay more than £2,700 when a large amount of household waste was fly tipped by a roadside.

Wayne Chapman, aged 50, from Charlbury Road in Shrivenham, attended Oxford Magistrates Court on Friday 22 April and pleaded guilty to breaches of his duty of care in relation to an unlawful deposit of waste on New Road along the B4000 at Shrivenham.

The court heard that on 5 January 2021 it was reported that rubbish including car seats, tyres, laminate flooring, a fire extinguisher and a dog basket were left on New Road, causing an obstruction.

The council’s Envirocrime team investigated the fly tip. The evidence trail led to Mr Chapman, who was responsible for the waste and had not ensured it was disposed of properly.

Magistrates heard that Mr Chapman had been evasive regarding his responses to the questions put to him under caution and had not engaged since receiving the summons, meaning that an arrest warrant was required before he did attend court

At court Mr Chapman offered very little mitigation, saying it “was a moment of stupidity” but told the court that he couldn’t give a name of the person who took the waste away.

Councillor Catherine Webber, Vale of White Horse District Council cabinet member for climate emergency and the environment, said: “There is no excuse for fly tipping. It is illegal and shows a disregard for the area and the people who live there.

“Everyone is responsible for their own waste and getting rid of it correctly. If someone else offers to get rid of your waste and then fly tips it – it’s still your responsibility.”

To ensure your waste doesn’t get fly tipped use the SCRAP code:

R – Refuse any unexpected offers to have your rubbish taken away.

A – Ask what will happen to your rubbish

P – Paperwork – ensure you get an invoice, waste transfer note or receipt