You are here: Latest news / Faringdon leisure centre will be powered by solar energy, cutting carbon emissions in the Vale 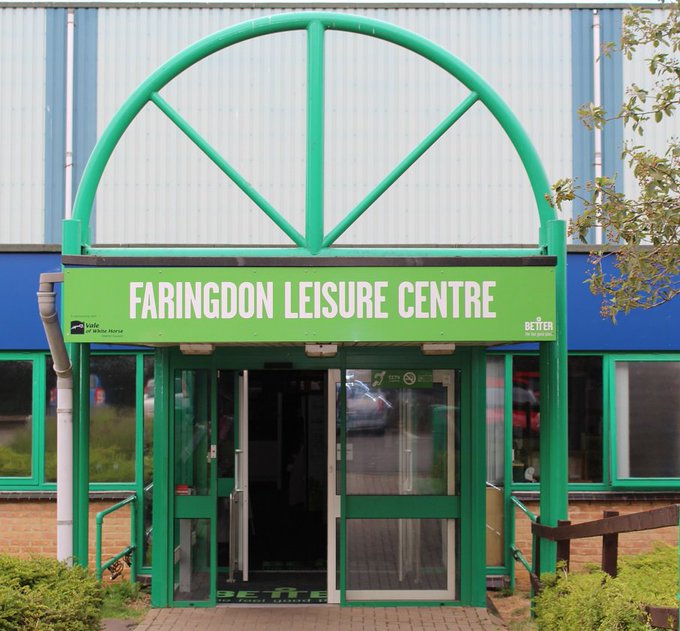 Faringdon leisure centre will be powered by solar energy, cutting carbon emissions in the Vale

The refurbishments will significantly improve the carbon footprint of the building, and it will become the Vale’s first council-owned building to be powered entirely by low-carbon and renewable energy.

This will save around 500,000kWh of energy over a year – the equivalent to the annual electricity use of 135 houses.

Vale of White Horse District Council successfully secured £361,746 of funding from the Public Sector Decarbonisation Scheme last year to pay for the changes to the popular centre, which is operated by the council’s leisure partners, Better UK.

To complete the work, council members approved the use of £52,000 of contributions raised from housing developers building nearby, and £250,000 capital funding. In total the refurbishment work will cost over £600,000.

Work started this month on installing the solar panels. Once this phase is completed, the gas boilers will be removed, and the new air source heat pumps installed. The project is due to be completed by June 2022.

There shouldn’t be any impact or disruption to services at the leisure centre for customers.

The Vale prioritised Faringdon Leisure Centre for this refurbishment as it was the leisure centre most in need of repair. The council is now identifying other funding schemes to raise the finances to make similar improvements to its other leisure facilities.

Cllr Helen Pighills, Cabinet Member for Healthy Communities said: “This is a really exciting and important milestone on our road to becoming a carbon neutral council and district. It demonstrates our commitments to tackling the Climate Emergency as we’ve set out in our Corporate Plan and will help to provide a bright future for Faringdon Leisure Centre.”

Cllr David Grant, Chair of the council’s Climate Emergency Advisory Committee said: “This represents a fantastic investment in the people of Faringdon by the Vale that demonstrates our long-term commitment to our town and our planet. I’m delighted Faringdon Leisure Centre will light a path for others to follow.”

In February 2019 the council declared a climate emergency. The Climate Emergency Advisory Committee (CEAC) recommended that the Vale of White Horse reduce carbon emissions by 75 per cent by 2030 and committed to becoming a carbon neutral district by 2045.

In January of this year the council adopted its new Climate Action plan which details the steps it will take to hit its target for reducing carbon emissions and becoming carbon neutral in its own operations. This work is part of the council’s commitment to reaching those targets.

There’s more information on the council’s climate targets on the Vale’s website whitehorsedc.gov.uk/climateaction which also includes details on how residents can help tackle climate change.