You are here: Latest news / Witness the thrill of elite cycling in the Vale on Saturday 11 June 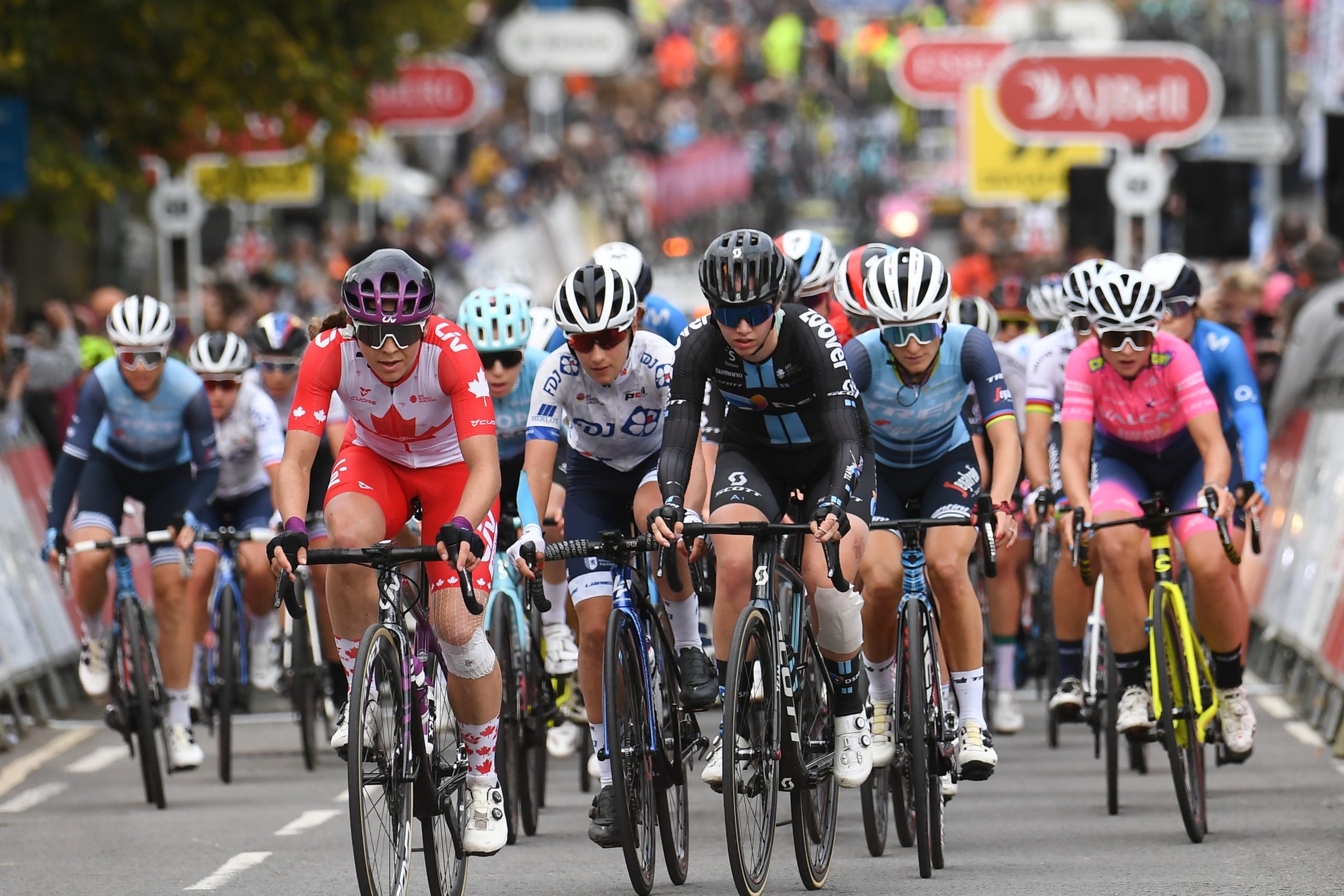 People will be able to witness the thrill of elite professional cycling when the Women’s Tour returns to the Vale of White Horse on Saturday 11 June.

Following successful events in 2019 and 2021, this will be the final year that The Women’s Tour will visit Oxfordshire, following a three-year partnership with race organiser SweetSpot.  For 2022, the county will host the sixth and final stage of the Tour in what promises to be a spectacular finale.

To see the full route map, the expected race times and information about road closures on the day, visit whitehorsedc.gov.uk/womenstour.

On the day, the riders will race through the Vale’s three towns – Faringdon, Wantage and Abingdon – as well as nearby countryside and villages, giving a great opportunity for thousands of people to see the action.  Villages on the route include: Little Coxwell, Fernham, Uffington, the Hendreds, Harwell, Radley and Kennington.

Communities across the district are being encouraged to mark the occasion – this could be as simple as lining the route to cheer the riders on, putting up bunting, flags, or cycling inspired artwork, creating a cycling themed window display or having cycling themed events.

Cllr Helen Pighills, Cabinet Member for Healthy Communities at Vale of White Horse District Council, said: “I’m really looking forward to seeing people line the streets again to watch the race.  It’s so important that we showcase professional female sport stars who will help to inspire women and girls to take up cycling.”

“The Women’s Tour helps to bring visitors to our town centres to watch the race.  This can provide a real boost for local traders on the day and, as this year’s event is on a Saturday, I hope to see many people stick around afterwards to enjoy our local shops, cafes and pubs.”

Cllr Eric de la Harpe, Cycling Champion for the Vale, said: “We have a thriving cycling community in the Vale so it’s great that the Women’s Tour is returning to the district.  Seeing professional riders race through our towns and villages will be a real treat, so I hope that lots of people will come along to watch the race.  It’s also a great way of encouraging everyone to get out and about on their bike too.”

You can find more information about the event on the official Women’s Tour website.