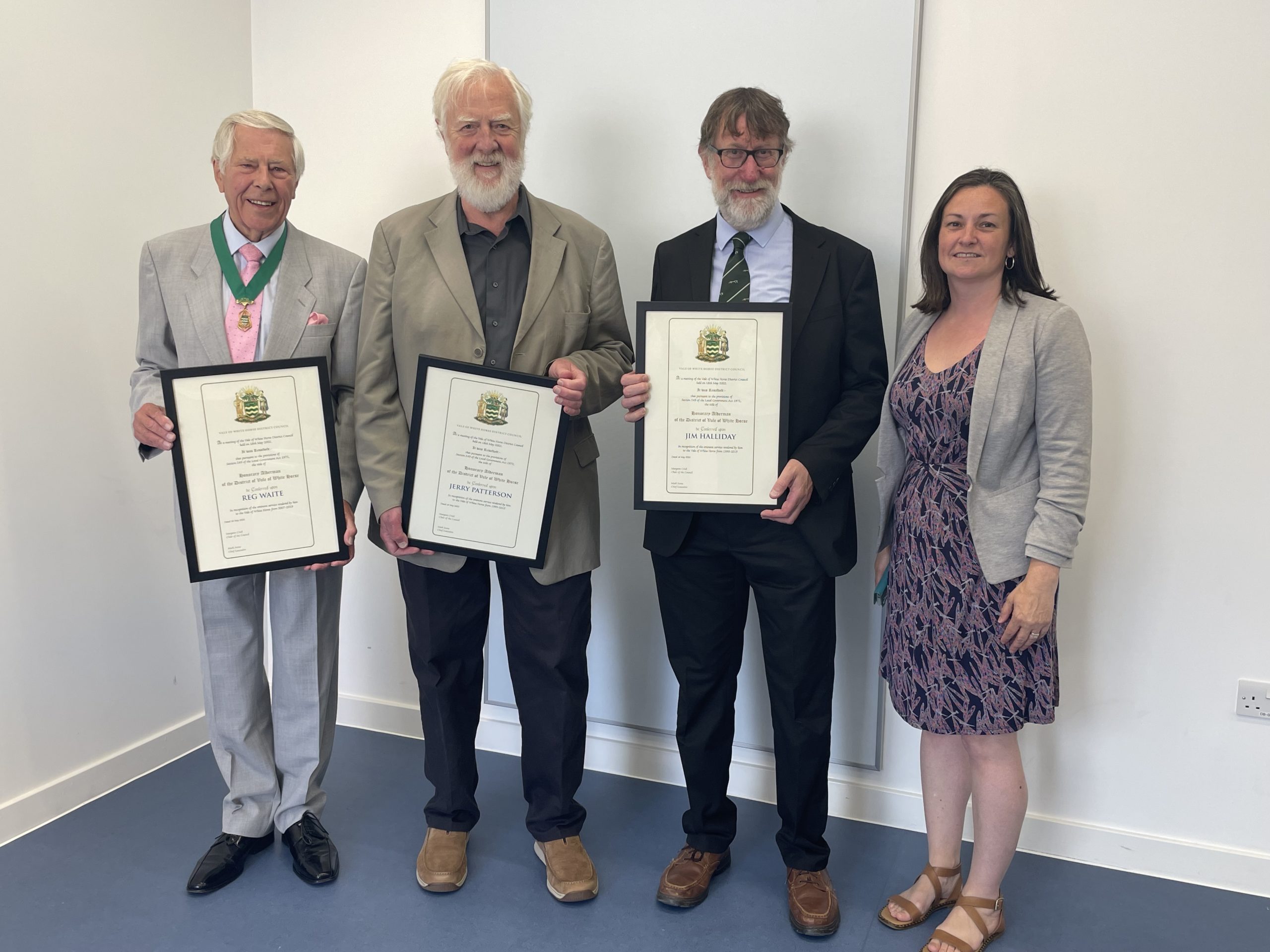 Three former Vale of White Horse councillors who served the district for a combined total of 52 years have been honoured as Aldermen.

Jim Halliday, Jerry Patterson and Reg Waite were awarded the title at a recent special Council meeting in recognition of the service they provided to the council and the district.

Jerry Patterson served as a district councillor between 1995 and 2015, representing the Kennington ward until 2003, and then onto Kennington and South Hinksey ward from 2003 to 2015 following a change of district boundaries. During Jerry’s time at the Vale, he was Council Leader for four years, as well as a period as Chair on the Abingdon and North East Area Committee. He was also a member on several other groups, including the Planning Committee and Reservoir Advisory Group.

Reg Waite was a district councillor between 2007 and 2019. He represented the Harwell ward between 2007 and 2015, and, after a change of the district’s boundaries, the Blewbury and Harwell ward between 2015 and 2019. While he was a councillor, Reg served as Council Chair and Vice Chair, and as a Cabinet Member. He was also member of a number of groups, including the South East Area and Wantage Area committees and, since leaving the council, is now a keen member of the Oxfordshire Waste Partnership.

Cllr Emily Smith, Leader of Vale of White Horse District Council, said: “Jim, Jerry and Reg were all very active and passionate representatives of their local wards and the Vale of White Horse District Council. Throughout their time, they all worked across several key roles with great dignity. They’ve set a great example for current councillors to follow and that’s why we’re delighted to award all three an Alderman title to publicly recognise the significant contribution they’ve made to people, businesses, and communities across our district.”

In receiving the honour, the trio join Alderwomen Briony Newport and Joyce Hutchinson, who were given the title in 2007 and 2011 respectively.  If someone is honoured as an Alderman or Alderwomen they can attend and take part in civic ceremonies, but do not have the right to represent the council at official Council meetings or receive any allowances.