You are here: Latest news / Council presents colourful bench to the winner of its litter bug trails competition 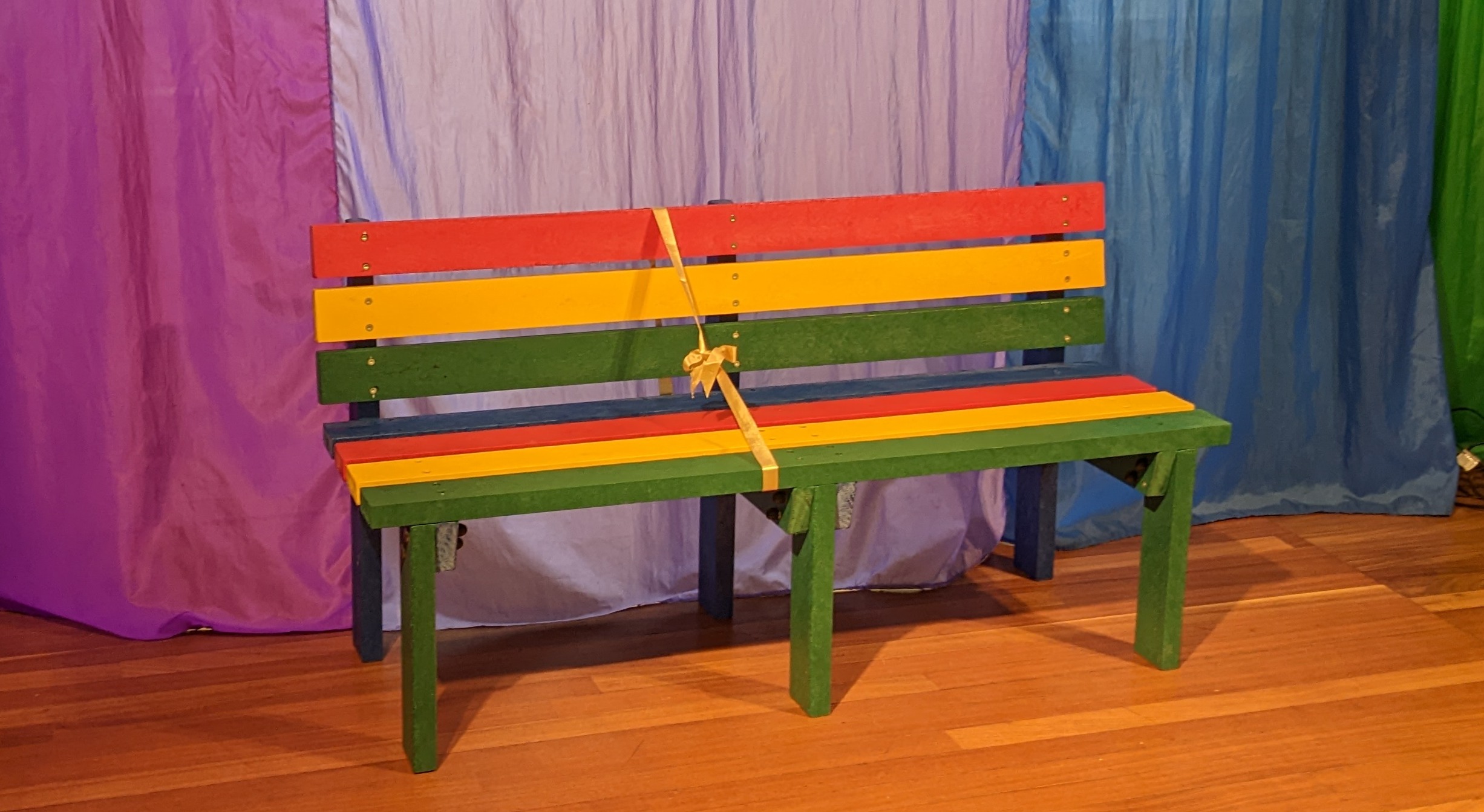 There’s a new ‘seat of learning’ at Wootton St Peters School after the school was presented with a bright multi-coloured recycled plastic bench for their playground by Councillor Sally Povolotsky, Vale of White Horse District Council Cabinet Member for Climate Emergency and Environment.

The top prize was given as part of the council’s successful Litter Bug Detectives Trail where the council’s waste team worked with 14 local parish and town councils to run children’s activity trails in the school summer holidays.

The trails were created for use by town and village councils and were available in August. They followed on from a successful scheme run by the council along with South Oxfordshire in the school summer holidays last year.

The activities were aimed at primary school children and were produced to promote recycling and reuse messages and explain the damage litter does to our environment.

The winner, Phillip, completed the trail at Wootton and Boars Hill and put his school, Wootton St Peters School into the draw for the prize. There were 37 schools entered in total for the draw. As top prize winner, he also won £20 worth of vouchers for himself.

Councillor Sally Povolotsky, Vale of White Horse District Council Cabinet Member for Climate Emergency and Environment said “In feedback from parents of children who took part, we heard that some changed their recycling habits as a result of what they learned on the trail.  Others told us that they were pleased to have something free, outdoor and educational to do with the kids during the summer.

“Judging by those reactions the Litter Bug Detective Trails have been a great success.”

The trails were created by South Oxfordshire and Vale of White Horse District Council’s waste team and run by town and parish councils which opted to take part. The trails were open to all, and all entries could request a certificate of completion of the trail. In total 89 certificates were requested and sent out.

If the participant’s school was in South Oxfordshire or Vale of White Horse districts, then they could also nominate their school to win a recycled multi-coloured bench worth £400.

The trails were available at the following sites: