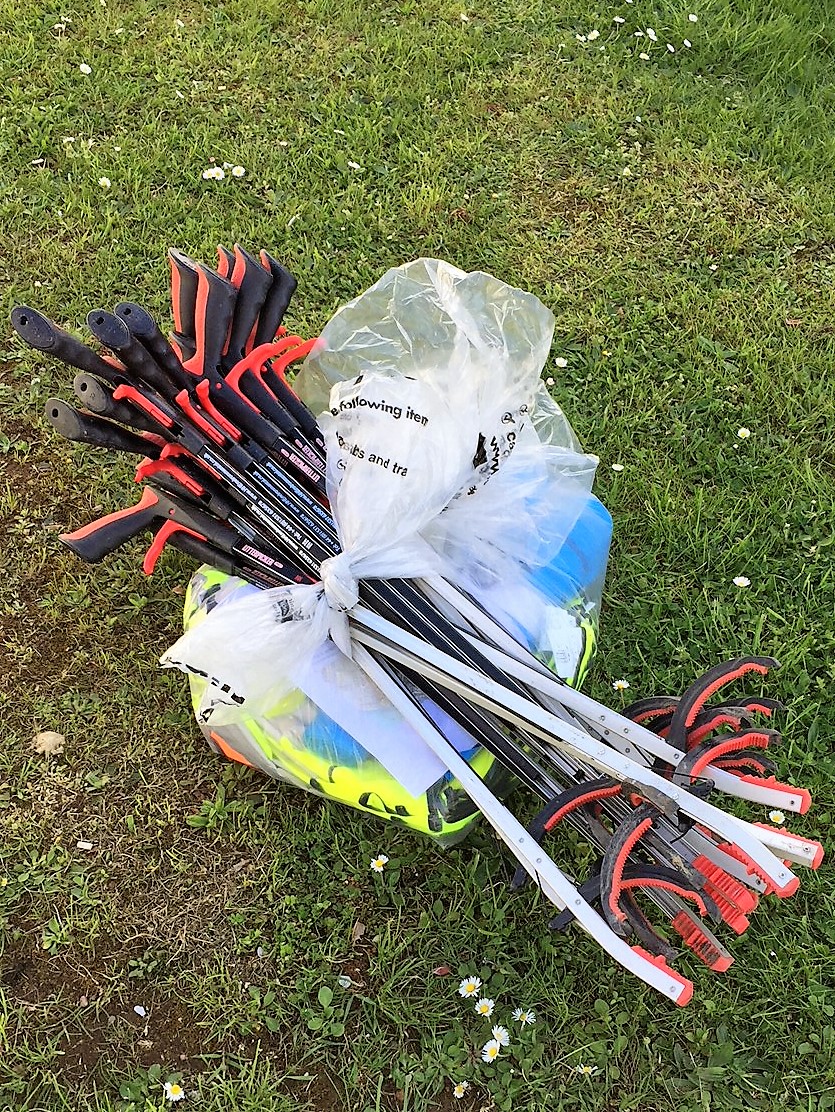 There’ll be no missing the students of St Nicolas CE Primary School in Abingdon when they go litter picking. After the school was presented with 30 children’s hi-vis jackets and other litter picking equipment by Vale of White Horse District Council.

The top prize was given as part of the council’s successful Litter Bug Detectives Trail, where the council’s waste team worked with local parish and town councils to run children’s activity trails in the summer holiday.

The trails were created by the councils’ waste team and were aimed at primary school children, who had to answer questions on the recycling and reuse messages which were posted around parks and village spaces. The trails followed on from a successful pilot of the scheme run by the councils in four parks at May half term.

Participants in the Litter Bug Detectives Trail could choose to be entered into a draw for their school to win litter picking equipment – enough for a class.

Brother and sister, Ravi and Maya from Abingdon, completed the trail and put their school, St Nicolas CE Primary School into the draw for the litter picking equipment. There were 35 schools entered, but St Nicolas was drawn as the winner for Vale.

Last week at a special assembly at the school, the children, their head teacher, Andy Spooner and the school were presented with the equipment by the council’s waste and recycling officers and councillors Catherine Webber, the cabinet member for the environment and tackling climate change, and ward member Cllr Cheryl Briggs, who is also mayor of Abingdon.

Cllr Webber said: ”At the assembly it was so good to see that so many children knew so much about recycling and litter and were keen to do the right thing. It bodes well for the future.”