You are here: Latest news / Swindon man ordered to pay more than £2,300 after abandoning a caravan at the A420 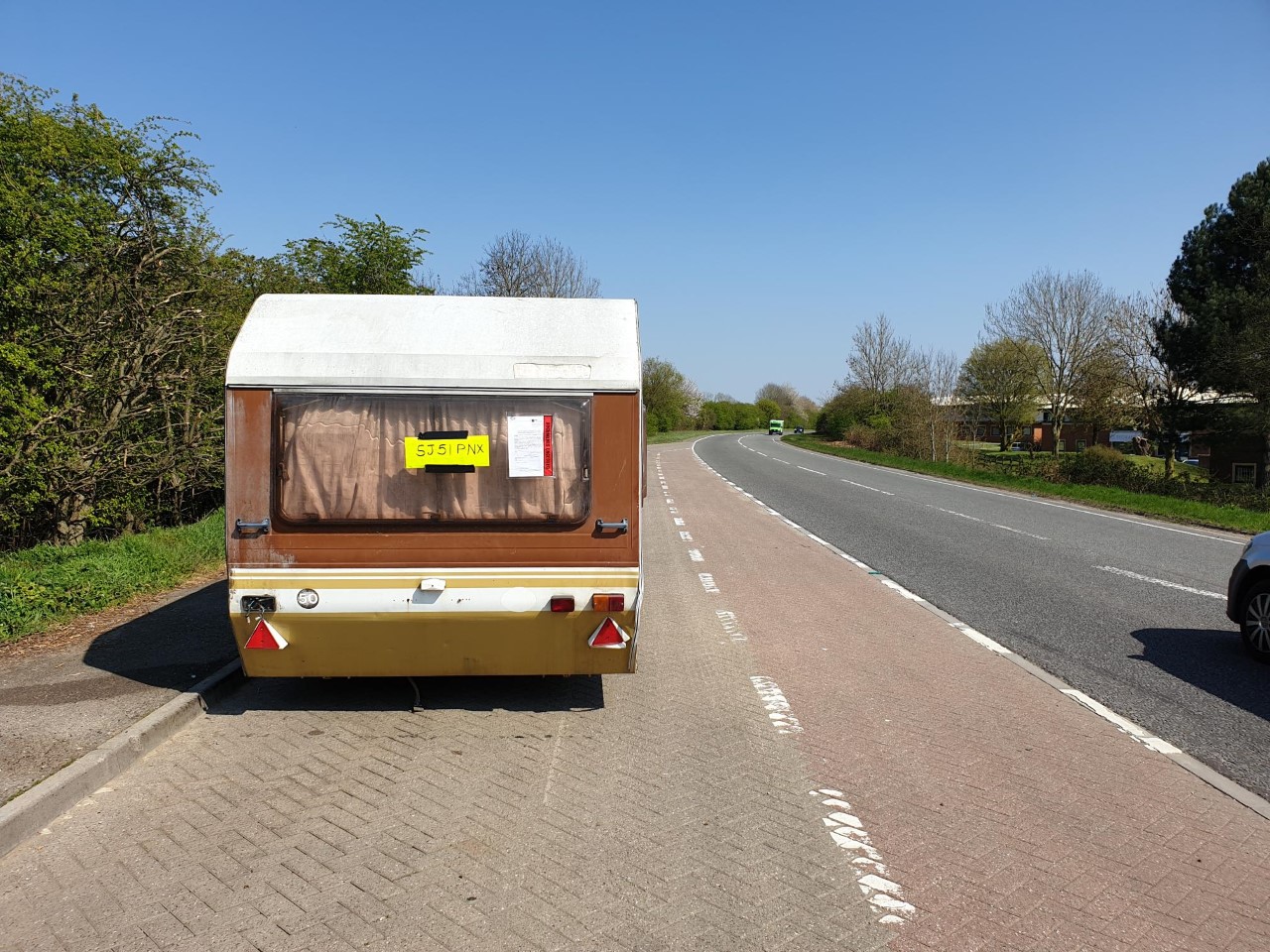 Swindon man ordered to pay more than £2,300 after abandoning a caravan at the A420

A 68-year-old handyman from Swindon was ordered to pay more than £2,300 after he was successfully prosecuted by Vale of White Horse District Council for abandoning a caravan at the side of the road near Watchfield.

The case involved tracking down three previous caravan owners, a possible decoy numberplate registered in Scotland and checking police ANPR camera footage to verify whether or not a van had a towbar.

Graham Perkins of The Circle, Swindon pleaded guilty to a failure of duty of care at Oxford Magistrates Court on 19 November regarding this case. He was ordered to pay a fine of £627 and a victim surcharge of £63 and prosecution costs of £1,647.74, a total of £2,337.74.

On 19 April 2021, a caravan was reported abandoned in a layby on the A420 near Watchfield. It was also filled with household waste. An appeal was made to the public for information via social media.

Envirocrime officers traced a numberplate put on the back of the caravan to an address in East Lothian in Scotland but it transpired that this numberplate was not related to the caravan and may have been put there as a decoy to avoid detection.

Officers went back to evidence from inside the caravan which led them to previous owners of the vehicle. The original owner was traced to Swindon. He said he had transferred ownership to someone else in Swindon and provided their details. The second owner was contacted. They told officers that in March 2021 they had offered the caravan on Facebook. A man from Swindon had then collected it.

Officers tracked down the Facebook buyer who told them that he had intended to do some work on the caravan as a project but decided later to ask a handy man, Graham Perkins, to dispose of the caravan for him, including the additional waste that he placed inside.

When the officers finally tracked down Graham Perkins and formally interviewed him about the matter at Swindon Police Station, he denied any involvement and he claimed he didn’t even have a towbar to take the caravan away.

Both Thames Valley Police and Wiltshire Constabulary were able to provide ANPR footage which refuted these claims. Subsequently ANPR footage showed Mr Perkins’ van with the caravan attached to the back of it.

Magistrates agreed that this was a deliberate act and in sentencing they took into account Mr Perkins’ early guilty plea, that there were no previous convictions, and that his only declared income was a state pension.

The Facebook buyer from Swindon was given a Fixed Penalty notice with a fine of £300 in October 2021 for breaching his duty of care responsibilities because he didn’t make reasonable checks to ensure that Mr Perkins was authorised to dispose of the vehicle and the waste.

Cllr Catherine Webber, Vale of White Horse District Council cabinet member for the environment and tackling the climate emergency said: “In this case the caravan was clearly an obstruction on a major road in our district because it was abandoned in a lay-by. Lay-bys are designed to allow motorists to pull up safely out of the flow of the traffic.

“In addition to the safety risk there is also the matter of the cost of removing the waste and the caravan itself all of which falls to this ultimately falls to the local taxpayer.”

By law everyone is responsible for their waste even if they pay someone else to take it away. Please see our web page How to stay legal if you pay someone to get rid of rubbish.