You are here: Latest news / Oxford man guilty of two counts of flytipping in the Vale 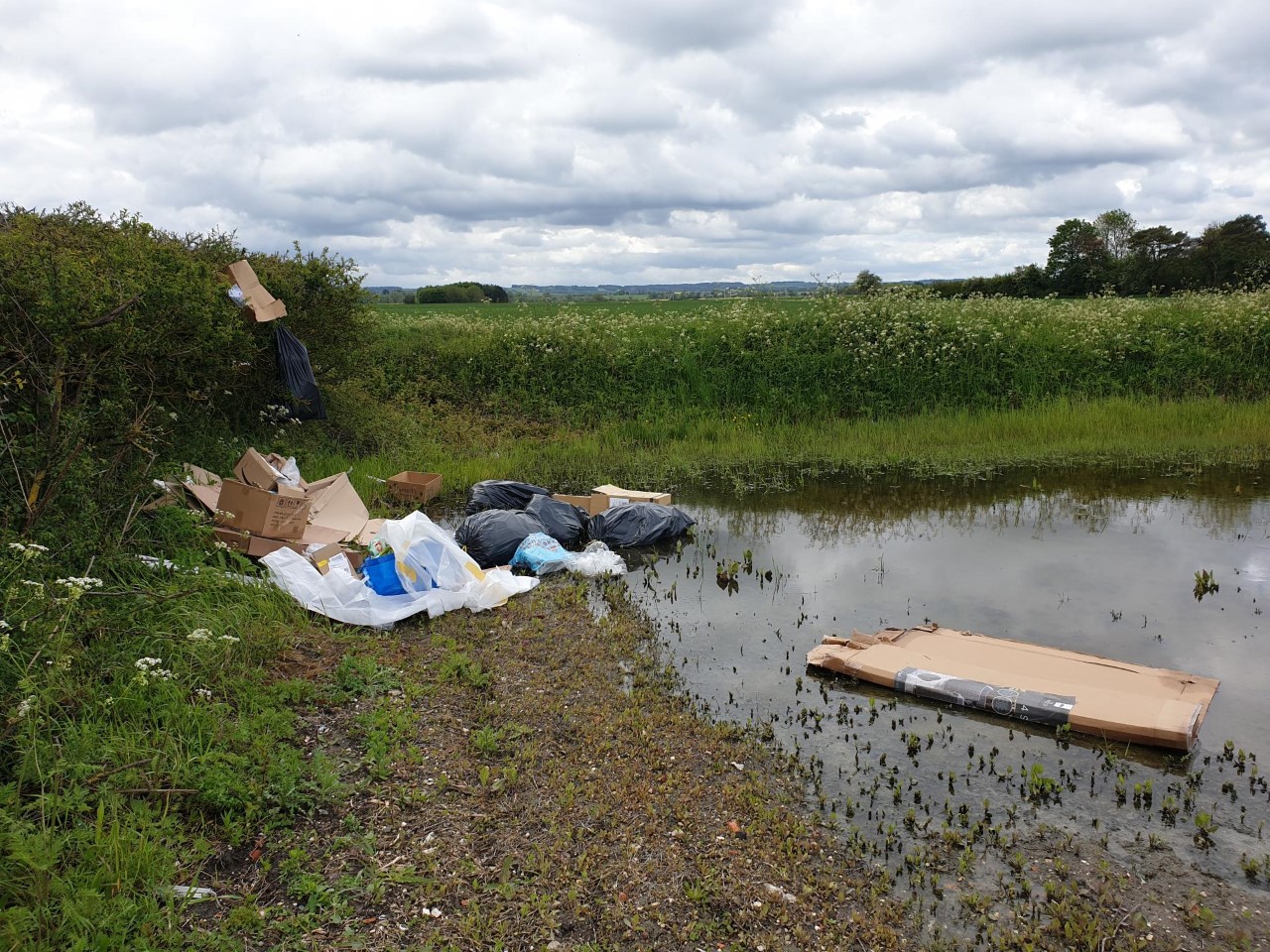 Oxford man guilty of two counts of flytipping in the Vale

A 35-year-old man from Oxford has pleaded guilty to two charges of flytipping following a successful prosecution by Vale of White Horse District Council.

Bryan Penn-Lloyd from Stowood Close, Headington appeared at Oxford Magistrates’ Court on Friday (28 January). He pleaded guilty to two charges under Section 33(1) of the Environmental Protection Act (flytipping) in relation to incidents in Steventon and West Lockinge, near Wantage.

Magistrates gave Mr Penn-Lloyd a conditional discharge for 12 months. When awarding costs the court takes into account personal circumstances, in this case magistrates imposed a victim surcharge of £22 and awarded compensation of £334.42.

On 25 May 2021, the council’s Envirocrime team received a report of a large number of black bags having been dumped along Hanney Road, Steventon. The team found that large amounts of household waste including cardboard and plastic sheeting had been thrown into a field. The subsequent investigation identified Mr Penn-Lloyd as being involved. He was formally interviewed about the incident in July 2021 and admitted the deposit.

On 9 June 2021 another flytip was reported to the council. This time waste from a bathroom renovation including tiles, plasterboard, plumbing parts, wood and packaging had been dumped on an unmarked road leading to West Lockinge near Wantage.

Again, Mr Penn Lloyd was identified in the investigation by the Envirocrime team. In an interview in September 2021 he denied flytipping the waste, stating that he had picked up some of the waste, but that he took it to the recycling centre at Redbridge for disposal.

When the matter went to court he admitted both counts of flytipping.

Councillor Catherine Webber, Vale of White Horse District Council cabinet member for Climate Emergency and Environment said: “The council takes the matter of flytipping extremely seriously and will investigate all cases with the aim of securing a successful prosecution. There are costs associated with flytipping, such as the financial cost for council taxpayers who ultimately foot the bill for the clean-up. And there is the environmental cost when items are not disposed of properly and cause a potential danger to wildlife.”

NOTE- By law, you are responsible for your rubbish even if you pay someone else to take it away. By checking the public register, you can make sure you are paying a registered waste carrier to get rid of your rubbish. There is more information on our website here.