You are here: Latest news / Swindon man prosecuted after fly-tip found in Shrivenham 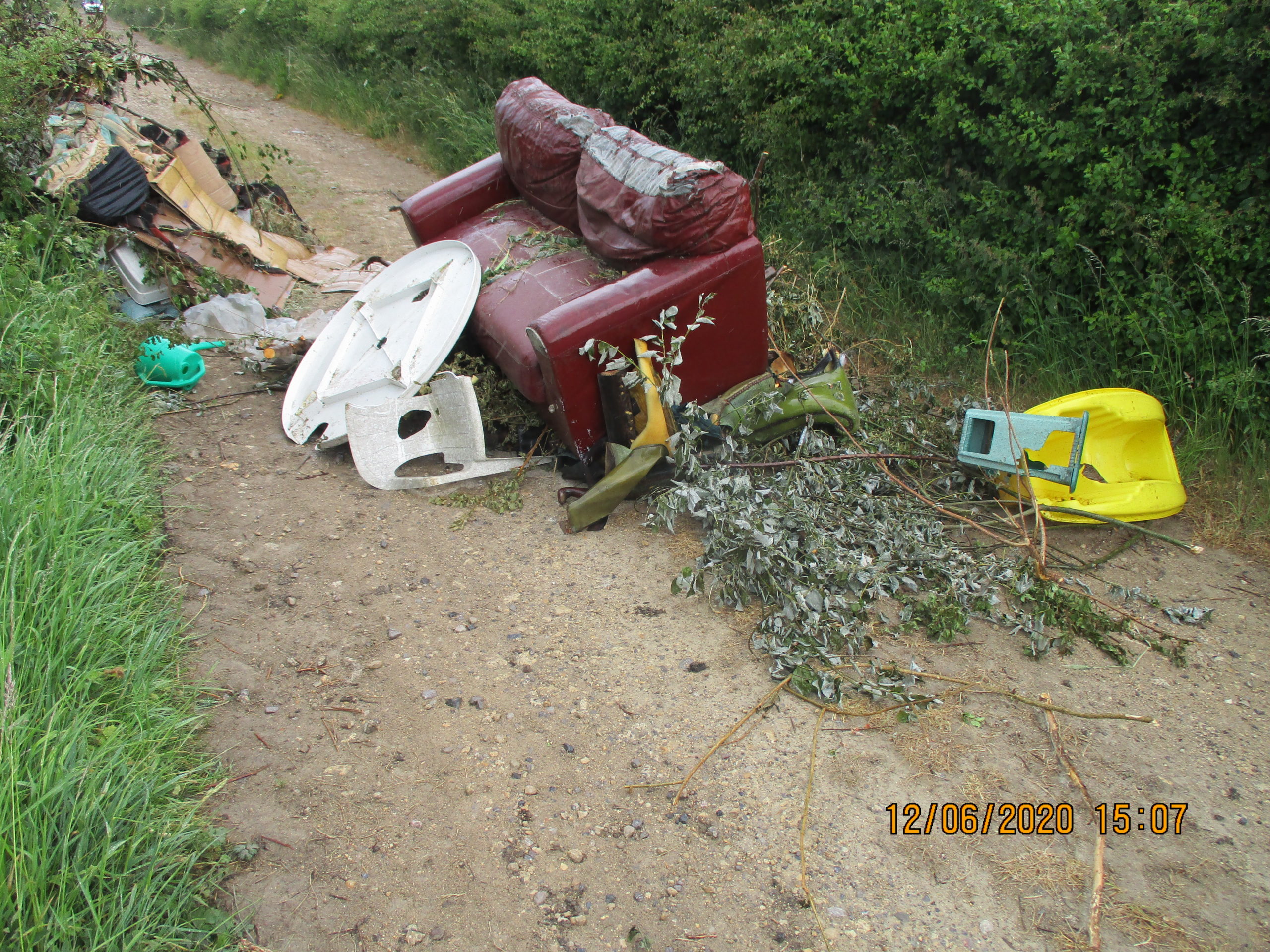 A Swindon man has been successfully prosecuted by Vale of White Horse District Council after he paid someone to get rid of waste and it was then fly-tipped near Shrivenham.

Joshua Salter, aged 28, of Linden Avenue, Swindon pleaded guilty at Oxford Magistrates Court on 9 April to three charges relating to his failing in his duty of care when it came to getting rid of waste. This included transporting waste without being a registered waste carrier, not making proper checks on those he passed waste to and not obtaining a transfer note for the disposal of the waste. He had been arrested on a warrant following his failure to attend previous hearings

A mixture of household waste, an old sofa, toys and garden waste were dumped in Station Road, Shrivenham and reported to envirocrime officers at the Vale of White Horse District Council on 12 June.

The waste was traced to a resident in Swindon who told council envirocrime officers that Mr Salter had removed the waste as a favour and they had paid him ‘in kind’ with a scrap value BMW to get rid of the waste. Mr Salter stated in court that he took most of the waste to a recycling centre in Swindon but had to store some of it at his home. He said he was approached by some men whom he had paid £25 to dispose of the rest.

He admitted to not getting or giving waste transfer note nor to taking proper checks about who the waste was given to.

The Vale of White Horse District Council Envirocrime team reminds residents that they must: