You are here: Latest news / Three men ordered to pay more than £4,600 after waste was fly tipped in Goosey 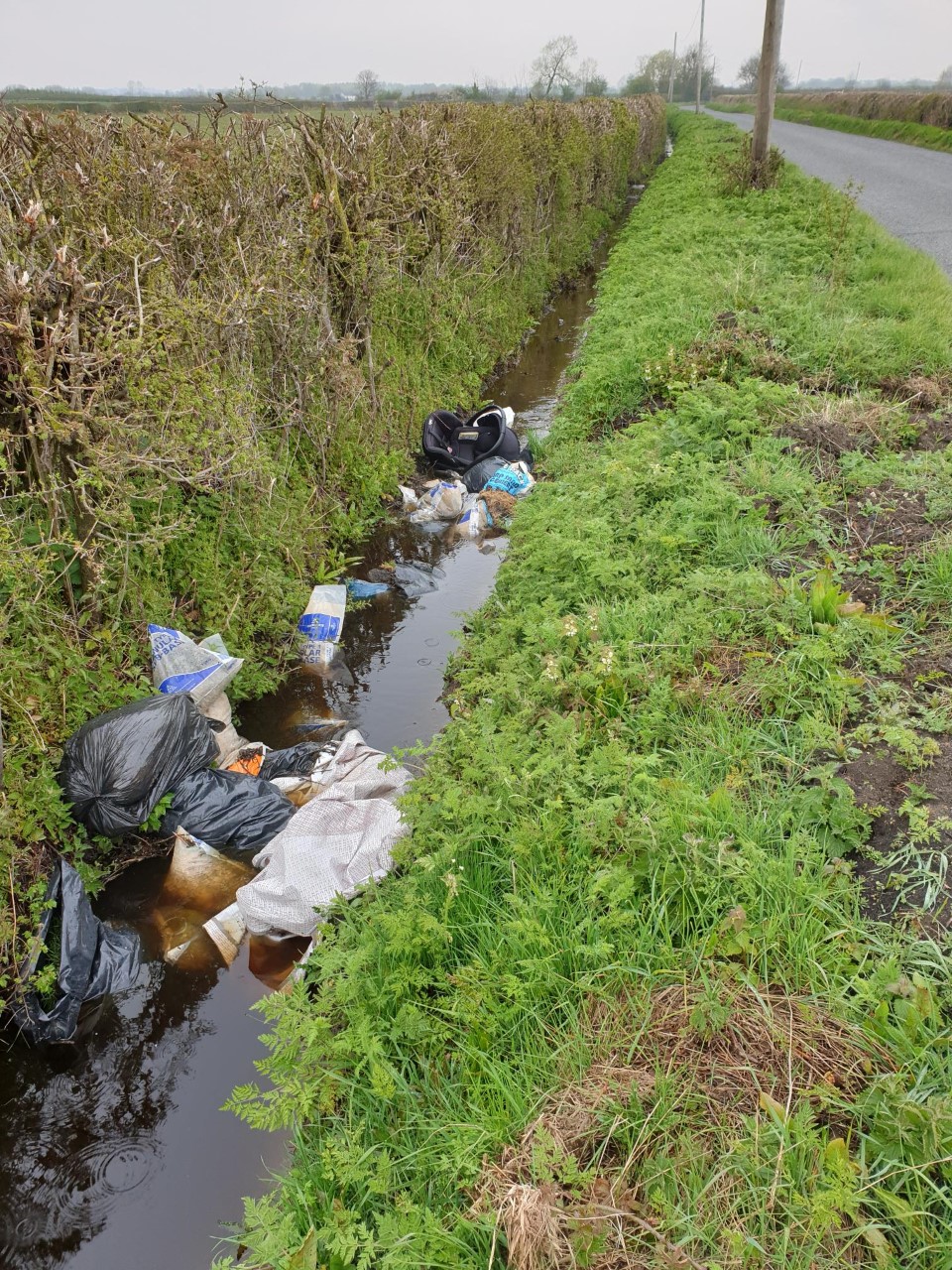 Three men ordered to pay more than £4,600 after waste was fly tipped in Goosey

Vale of White Horse District Council has successfully prosecuted three men from Oxfordshire and Northamptonshire after rubbish was fly tipped into a brook running through the village of Goosey.

The last defendant appeared at Oxford Magistrates Court at a hearing on Friday 23 September. Magistrates have ordered all three men involved to pay a total of £4,657 for charges relating to failure in their duty of care*.

On 27 April 2021, Vale of White Horse District Council’s envirocrime team were notified of a fly tip along Goosey Lane, Goosey. Someone had dumped household waste in the brook that runs by the main road.

Evidence at the scene led the team to a resident in East Hanney, who confirmed they had arranged with a company called ‘Hook Em Up’ to scrap an old car. For a fee of £100 the company also agreed to dispose of some rubbish inside the vehicle. The resident identified the rubbish taken by ‘Hook Em Up’ as that fly tipped in the brook.

Magistrates heard that the council investigated the company Hook Em Up and subsequently identified three defendants involved with this case. Dexter Jones who drove the tow truck with the car containing the waste, the company owner Aaron Peters who arranged to sell the car (and its contents) to a third man, Dale Morley, who subsequently disposed of some of the waste in his garden but left the rest in the car when he sold it on.

There was no waste carrier licence or scrap metal licence in place nor any documentation regarding the waste. All three men were all prosecuted for their failure in their duty of care for the handling of the waste.

At an earlier hearing in July, Dale Morley, aged 34, of Burchester Avenue, Headington, Oxford, pleaded guilty to charges related to failure in his duty of care. He said he was sorry for his part. Magistrates imposed a fine of £300, they also ordered him to pay a victim surcharge of £34 and his contribution towards prosecution costs of £353, which came to a total of £687.

At a hearing in August, Aaron Peters, 32, of Thame Road, Tiddington, near Thame, pleaded guilty to charges related to failure in his duty of care. He said he was deeply sorry that this waste was fly tipped. He added that when someone wanted to buy the car, he didn’t think of the consequences.  Magistrates imposed a fine of £1,000 and ordered him to pay a victim surcharge of £100 and his share of £353 towards prosecution costs, which came to total of £1,453.

At the hearing on Friday 23 September the tow truck driver, Dexter Jones, aged 25, of West End, Silverstone, Towcester, pleaded guilty to charges related to failure in his duty of care.  Magistrates imposed a fine of £1,968 and ordered him to pay £353 towards prosecution costs and a victim surcharge of £196, which came to a total of £2517.

Councillor Sally Povolotsky, Vale of White Horse District Council Cabinet Member for Climate Emergency and Environment, said: “These men took responsibility for the safe disposal of the waste when they agreed to take it. They then failed in that duty with the consequence that the rubbish ended up fly tipped in a brook, causing an eyesore and most likely endangering wildlife.

“This was great work by the council to pursue a complicated case. It is a warning to those who fail to safely dispose of waste which then ends up being fly tipped that they could face prosecution as these men have.”

*All three men were prosecuted for four charges each under Section 34 Environmental Protection Act 1990 duty of care offences when handling waste.