You are here: Latest news / Man prosecuted after furniture was set alight at The Ridgeway 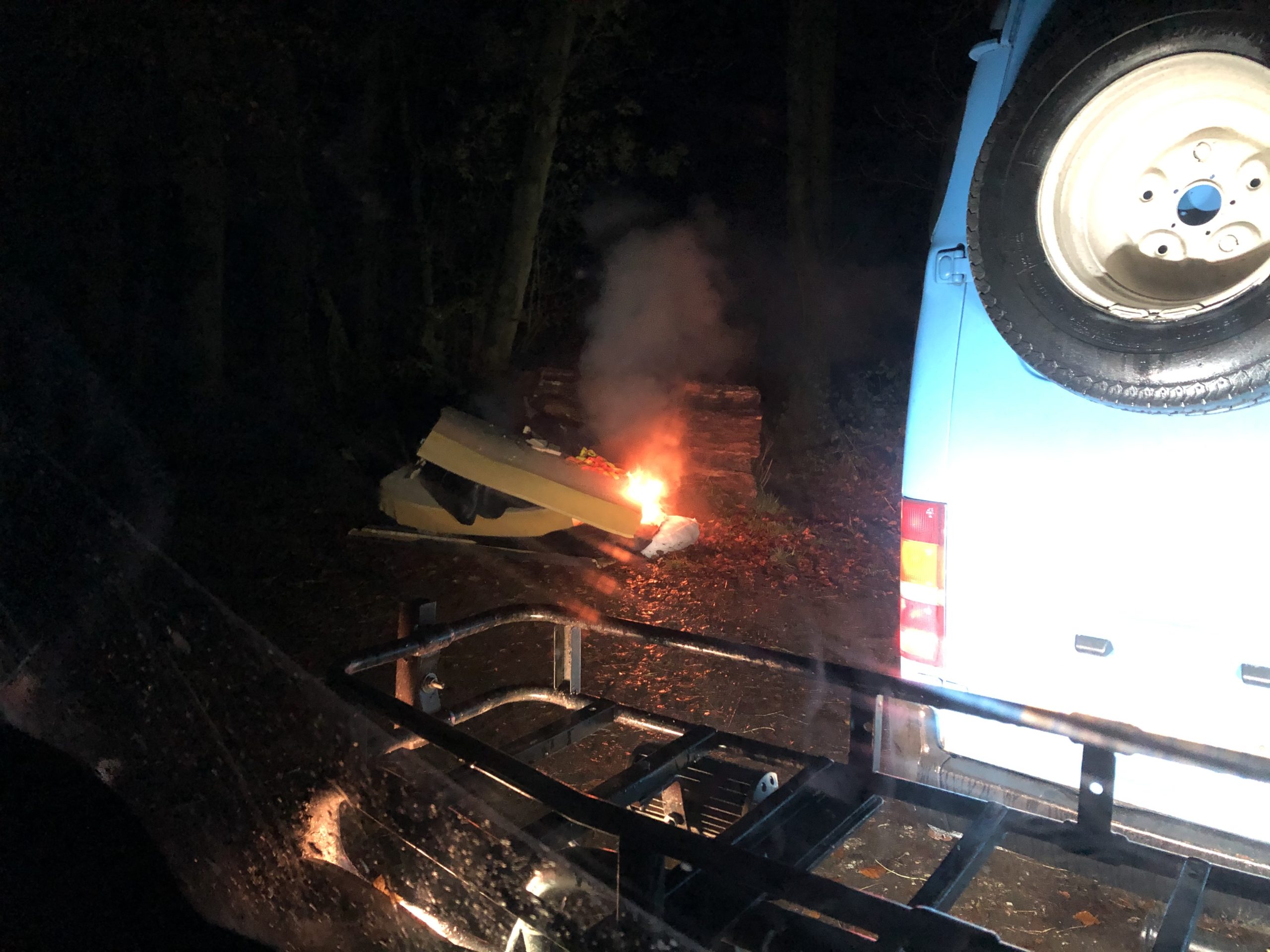 Man prosecuted after furniture was set alight at The Ridgeway

Following a successful prosecution by Vale of White Horse District Council, a 27-year-old lorry driver from Gloucestershire has been ordered to pay more than £1,400 after furniture and household rubbish was set alight on land near The Ridgeway.

Daniel Murphy, of Kingsmeadow, Bourton on the Water, appeared at Oxford Magistrates’ Court on Friday (18 June). He was charged with using a vehicle in a fly tip* and pleaded guilty.

The case relates to two incidents in November last year.

On 9 November someone reported to the council that furniture including foam cushions were being burned in the car park of Scutchamer Knob, East Hendred near The Ridgeway. The council’s envirocrime team began investigating.

Ten days later on 19 November a sofa was unloaded from a van at the same spot and was reported to the council. The registration number of the van used led the investigation to Mr Murphy.

Cllr Catherine Webber, Vale of White Horse District Council cabinet member for the Climate Emergency and Environment said: “Dumping rubbish is a blight on our countryside and a danger to our wildlife. Burning rubbish is dangerous as it pollutes the air and could easily start serious wildfires. We hope this prosecution will be a reminder of the consequences of such actions and will act as a deterrent to others.”

*A fly tip is defined as unauthorised or harmful deposit, treatment or disposal of waste. Mr Murphy was charged with the offence under Section 33 (5) of the Environmental Protection Act 1990 – Where controlled waste is carried in and deposited from a motor vehicle, the person who controls or is in a position to control the use of the vehicle shall, for the purposes of subsection (1)(a) above, be treated as knowingly causing the waste to be deposited whether or not he gave any instructions for this to be done.